Katherine Sender is professor of media and sexuality in Communication Studies at the University of Michigan. She has most recently been a professor in Media, Film, and Television at the University of Auckland, New Zealand, and previously, was associate professor at the Anneberg School for Communication at the University of Pennsylvania. She specializes in gender, sexuality, and gay, lesbian, bisexual, transgender, and queer representation. Her research areas span television, audiences, creative industries and cultural production, marketing and consumer culture, and globalization. Her current research project focuses on sex museums as sites to investigate transnational sexual mobilities.

Katherine is the author of Business not Politics: The Making of the Gay Market (2004) and The Makeover: Reality Television and Reflexive Audiences (2012). She has also produced a number of documentaries about media representation, including Off the Straight and Narrow: Gays, Lesbians, Bisexuals, and Transgender People on Television (1998, 2006) and Brand New You: Makeover Television and the American Dream (2012). She is co-editor of the journal Critical Studies in Media Communication and is currently co-editing special issues for this and other journals on Queer Technologies, Stuart Hall, and Feminist Approaches to Reception in a Post-Audience Age. 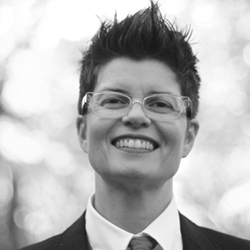